INEQUALITY FOR ALL: A PASSIONATE ARGUMENT ON BEHALF OF THE MIDDLE CLASS 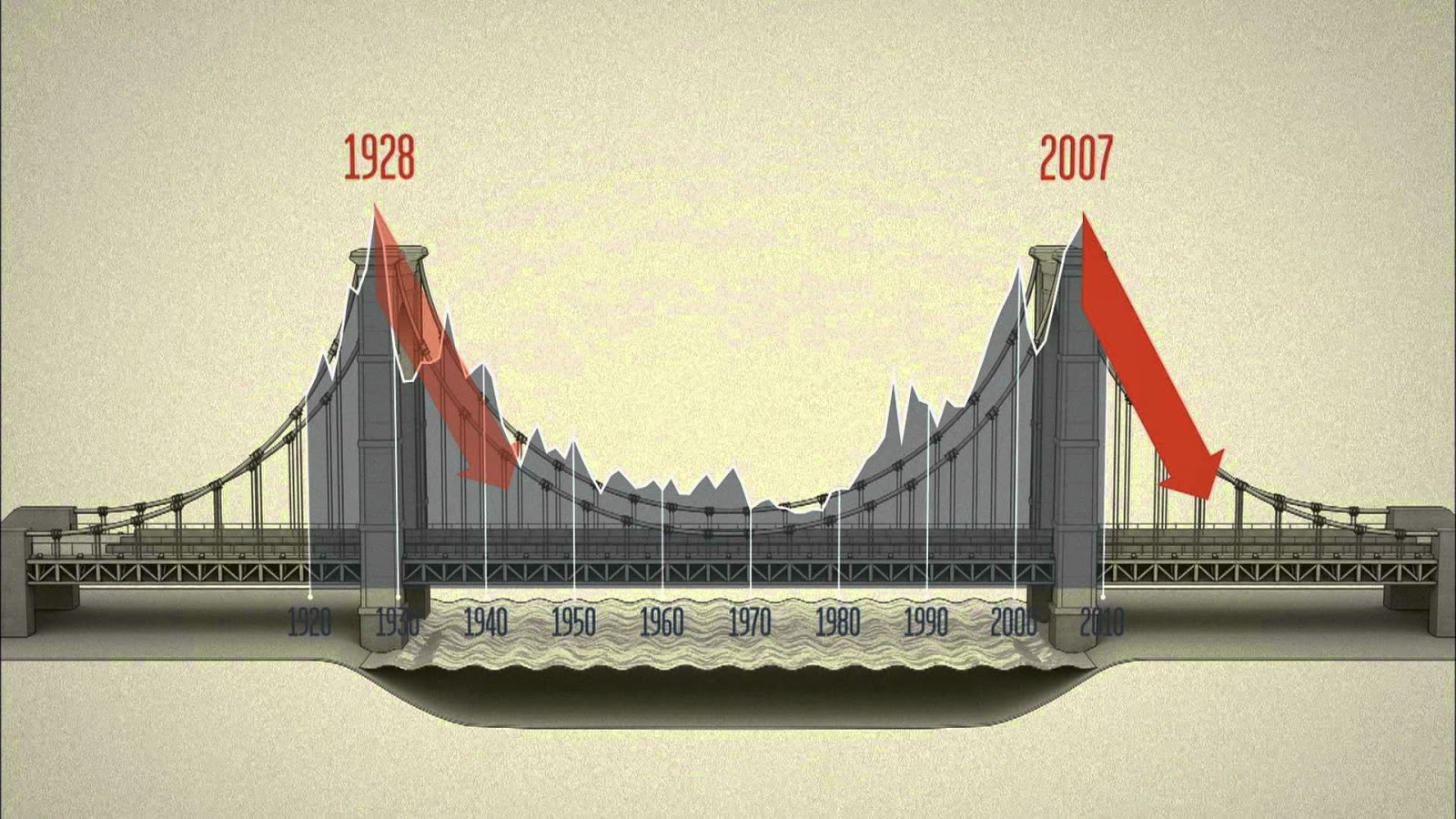 Inequality for All is one of the best breakdowns of how income effects economics that I have seen to date.  Giving data through graphs and visuals in edible amounts.  Robert Reich (best selling author, Berkeley professor, and prior cabinet member of the Clinton administration) and director Jacob Kornbluth have cracked the code on what's going wrong with the economy and are offering answers on how to fix it, that few are talking about. 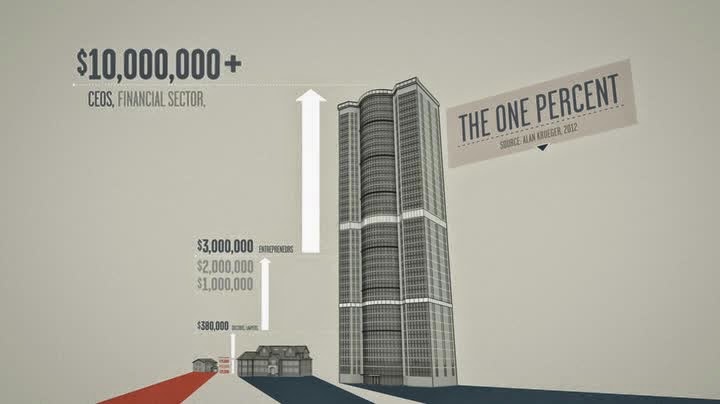 Starting with a short man taking on a BIG world. The film walks us over the bridge of the current rise and decline U.S. economics dating back to the 1920's.  Taking us step-by-step from the Great Depression till now.  It breaks down just where the middle class begins and ends, and where the 1% go from there.  However unlike a Michael Moore type propaganda rally, this film doesn't ignite the poor against the rich.  Instead it offers clear facts on how both would benefit from learning a little about how the economy really works. 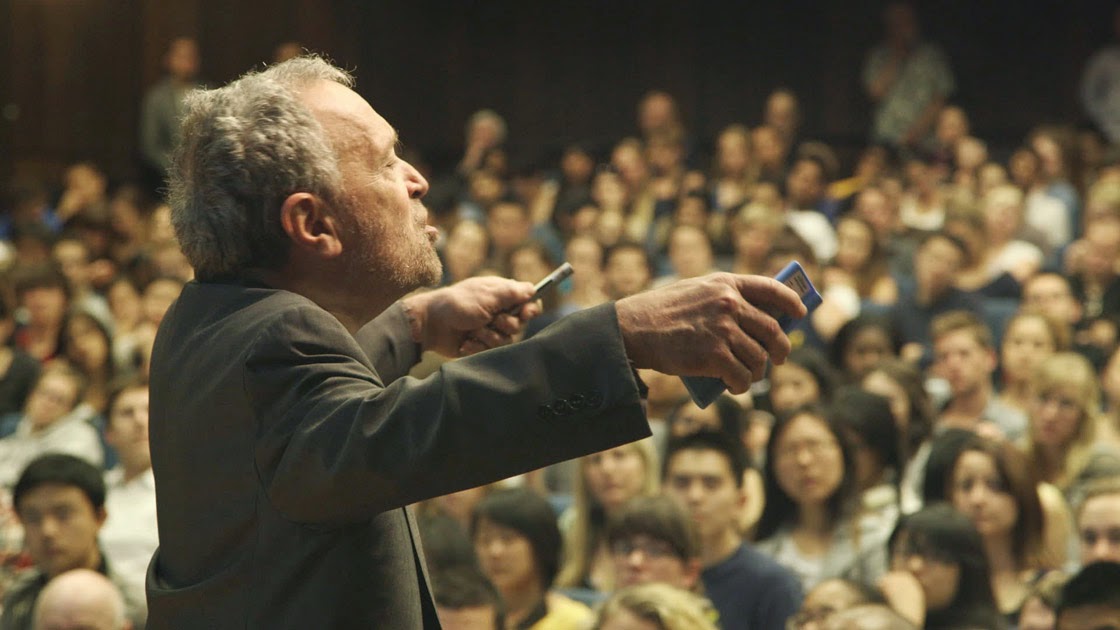 From beginning to end, the film moves fluidly.  It dances from life experience stories to applicable facts in a fashion that helps make sense of all the non-sense.  Carrying much of the feel of the Errol Morris film The Fog of War.  The films central character seems real enough to touch and smart enough to walk on water.  From beginning to end I found myself both, falling in love with the story teller and scared of the realities of his story.

Posted by Unknown at 7:17 PM No comments: