Just over a year ago now I was able to interview Mark Achbar on his 'blockbuster' of a documentary, The Corporation.  Since that time I have been wanting to watch another one of his original pieces called, Manufacturing Consent and this week I was able to do it.  After reviewing the film 3 times over the period of 6 days I have fallen in love with the piece and here are some of my thoughts. 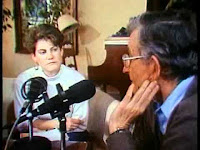 Manufacturing Consent is a blast from the past, that is if you think 1992 when it was release is "the past".  Even with its age, the 20 years since it was released hasn't taken away from its sheer brilliance.  In fact it may have made it better, something like reading Orwell's book 1984 - today.  Spot lighting Noam Chomsky as its central figure the 2 hour 47 minute piece is sliced-'n-diced in a linear and categorical fashion that lays out Noam's biography and body of work without being driven by narrative voice-overs or authored text and it is this varite editorial choice that I both love and fear.

Filled cohesively from beginning to end with great clips and sound bites from Noam's public speaking history.  I am drawn in and captivated, not only by his perspectives on society and media, which in themselves are brilliant and globally original.  But more so by his method of highlighting the premeditated and contrived influence of media that has evolved in the U.S., since its origin, and the direction those in power are using it to steer their interests.  It's a view that is rarely voiced appropriately among such great speakers and thinkers, and I found myself continually being seduced by his ability to articulate his perception in a fashion that is both enlightening to hear and yet challenging to fully comprehend.

While being a notable scholar and family man, he has audibly held true to his beliefs that marginalize who he is to society and at times have endangered his vary livelihood.  Yet in the face of this he still speaks out about his views on freedom of speech, selective media, military power, and political topics that most won't.  His choices to do so have left him off the the front lines of pop culture's news and media, and exempt from recognition for his body of work and value to society from political circles.  It is this fact however that further supports the point of the film, which aims to state that media's need for limited exposure to varied perspectives and thought assists in streamlining and 'manufacturing consent' of the masses. 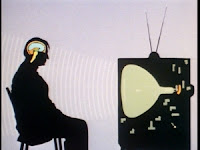 What I respect most about Noam is his uncanny ability to see outside the box in a fashion that most can't.  It is a perspective that would make most people want to scream out into society, "...your going the wrong way"!  And yet Noam with his gifted insights seems to do little more than gently invite you to try to see what he sees, for yourself.

However the film and Noam both have there weak points.   Having been edited together by a chain of near matching sound and video bites that together tell the story.  It does in this a disservice (or maybe a service) to its own message.  Artistically gifted a style that this may be.  It also limits the information you can obtain from what is being said and directs the viewer towards a desired conclusion based on what has been left-in versus what has been cut-out.  Some may say, 'it's the nature of the business', but in doing so the documentary plays out the same techniques of the media that Noam and the director spends most of this film criticizing.

In reality, limited information manipulates perspective and in some fashion manufactures consent in all forms of programming.  As the film said in so many words, when the news went into television they left the 'news business' and entered 'show business'.  It's true of it all.  And while I am a supporter of Noam's work and a lover of this film, one should watch it with a grain of salt.  And while doing so, make note of the most valuable point of this film, which seems to be that one should always be aware of the information being absorbing, the motives of those sharing it with you, and why the story's that aren't making it into the mainstream don't.

For viewers who can access Hulu you can watch this doc online here at Hulu.