FROM THE QUEEN OF VERSAILLES TO GASLAND...15 MINI REVIEWS

It has been a while since I have written, which has been more do to life change than the content I have viewed.  Truth be known I have taken on a new job, moved from NYC to Detroit and am editing projects for the Detroit Pistons (i.e. http://www.nba.com/pistons/video/2013/01/05/HWaNewSagamp4-2345967).  So this is keeping me busy.  None the less Netflix continues to be good to me and I have watch a list of great pieces.  Here are some mini synopsis: 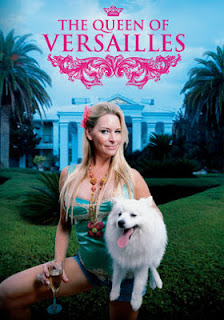 The Queen of Versailles:  These guys hit documentary gold.  This was a crew that started watching one of the richest families in the world in hopes to created what seems to start out to be a MTV real world meets The Wives of Jersey Shore.  But the catastrophe of the collapsing banking and real-estate market comes crashing down in the midst of their project and as the film progresses the unfolding of the economic down fall during the Bush era drives their film into an interesting unfolding of riches to rags and adds a great deal of value to the overall piece.  Interesting from beginning to end and worth watching.  Overall 7.5 out of 10.


That's what I got for this review of DOC THIS.  Hey let me know what you like and discover your own discoveries in the comments below.  And please pass it around!!

Posted by Unknown at 6:48 PM No comments: